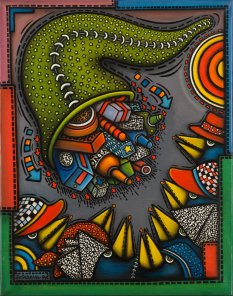 Alfredo Sosabravo (*1930, Sagua La Grande, Cuba) studied art at the Escuela Nacional de Bellas Artes San Alejandro but is largely considered a self-taught artist. His works are characterized by an intense colour spectrum and a formal design-language relating to Pop Art. Resembling the collage process, pictorial elements: words, symbols, geometric shapes, and human figures, that are utilized in his paintings are assembled in a mosaic-like manner. The decidedly accentuated outlines and stylized protagonists are suggestive of the language used in comics. Emphasized strokes, such as those found in the works by Keith Haring (1958-1990), visualize movement, sound, and language. Sosabravo is one of the most significant artists in Cuba and has captured distinguished recognition on an international level. Sosabravo has received important awards in Cuba and abroad, including the country's highest cultural honour, the Order of Félix Varela in 1994, the National Plastic Arts Award in 1997, and an honorary doctorate in 2000 from the Universidad de las Artes, Havana. Sosabravo's work is included in many public and private collections and has been exhibited internationally. The artist currently lives in Havana, Cuba. 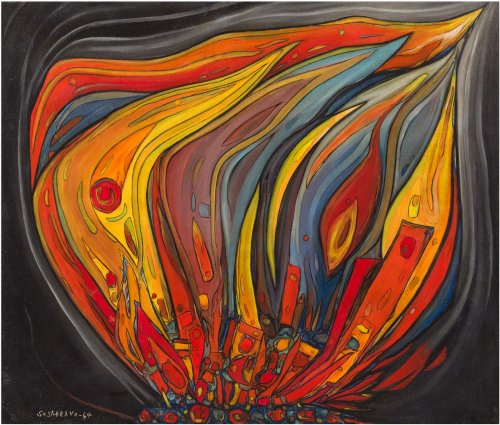 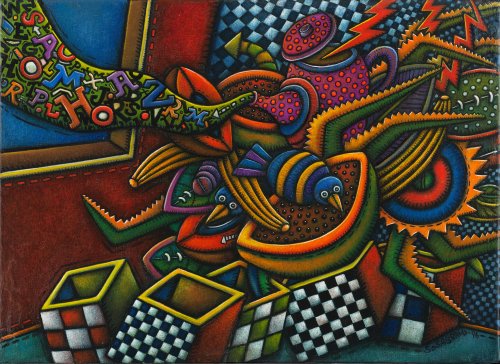 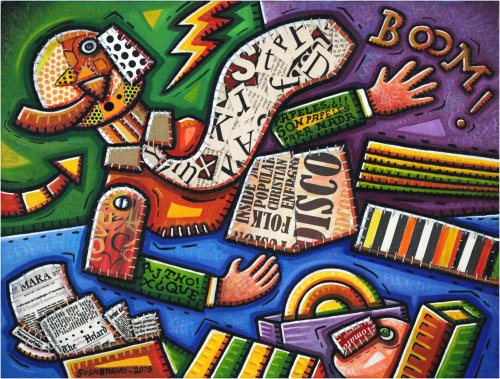 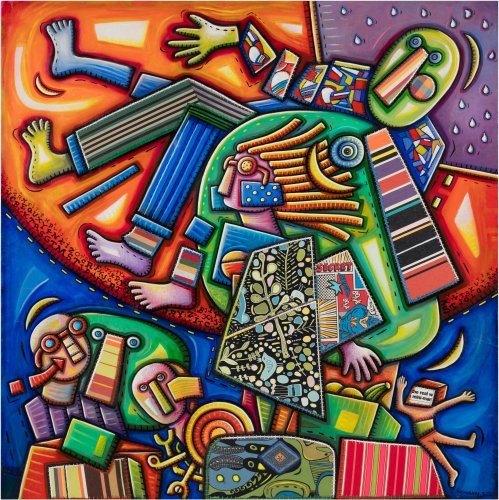 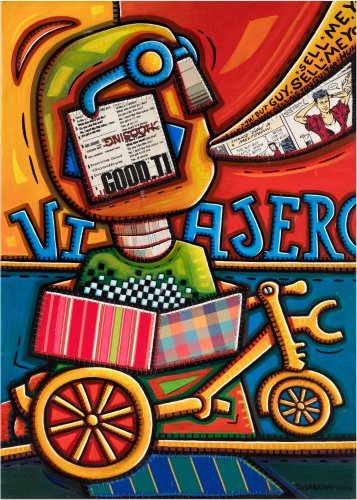 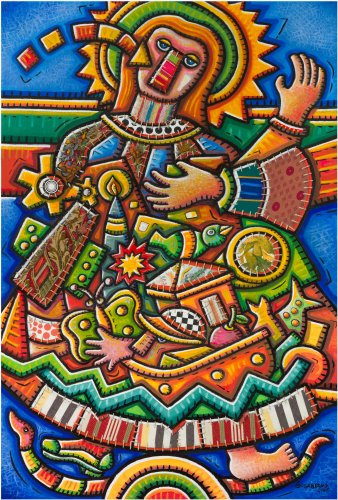