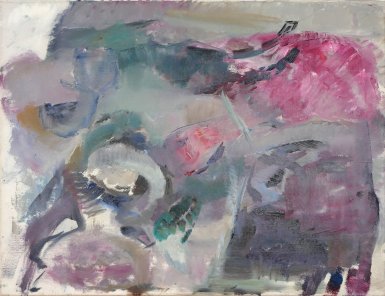 Hildegard Weber-Lipsi (1901, Wädenswil - 2000, Küsnacht) studied art in Zurich, Karlsruhe, London and Paris, where she took drawing lessons with the sculptor Morice Lipsi, her future husband. Already in 1929, she was able to exhibit at the Salon d'automne at the Grand Palais in Paris. For a short time, she lived with Morice Lipsi in the artists' colony La Ruche, before they moved to the outskirts of Paris. However, the Second World War forced the couple to go separate ways, as Morice Lipsi had to flee to the Charente in 1941. Hildegard Weber-Lipsi then returned to Switzerland with their daughters. The family from now on lived alternately in Zurich and Paris.
In the 1950s, a growing tendency towards abstraction became apparent in Hildegard Weber-Lipsi's work. She created oil paintings, watercolors, and drawings that are characterized by a distinctive vividness and reveal an inquiring, sensitive artist. The gentle, sometimes edgy brushstrokes fuse with a seeming lightness to expressive compositions and are creating a poetically gestural abstraction with powerful intensity. Weber-Lipsi used an extraordinary, characteristic color palette consisting of light pastel shades in combination with strong, pure color accentuations. The artist was inspired on her travels – in the car, train or plane she always tried to capture the dynamic, rushing impressions. Especially Japan with its festivals and fireworks spectacles provided long-lasting inspiration for atmospheric paintings, glowing watercolors and expressive drawings.
Weber-Lipsi regularly participated in the Salon des Réalités Nouvelles and exhibited her works in France, Germany, Israel, Japan and Switzerland. 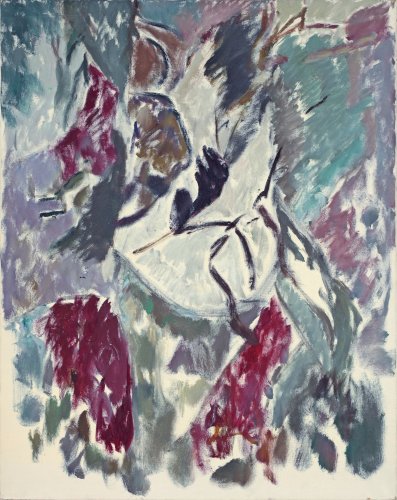 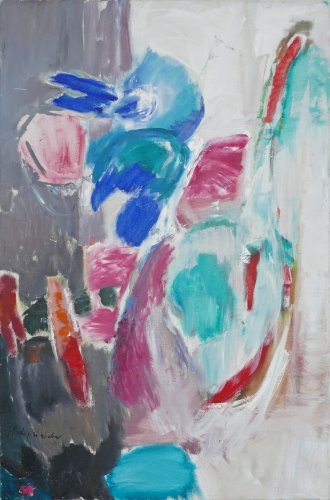 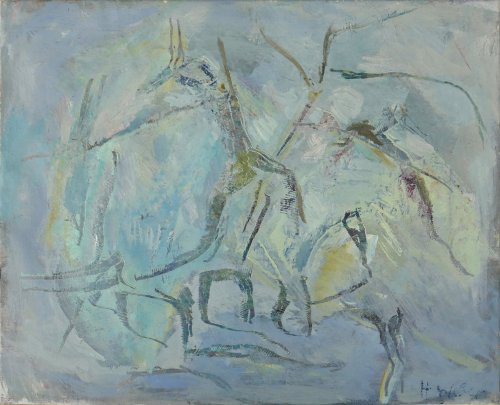 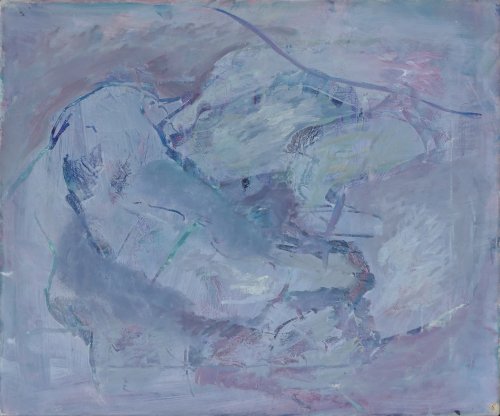 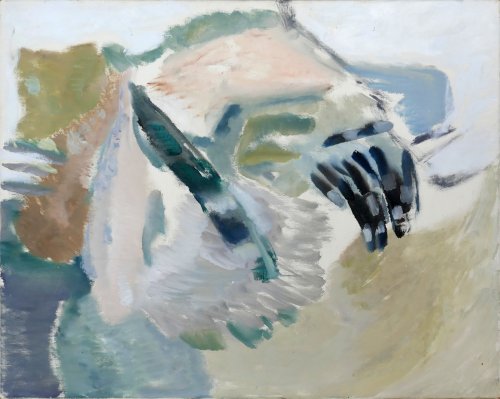 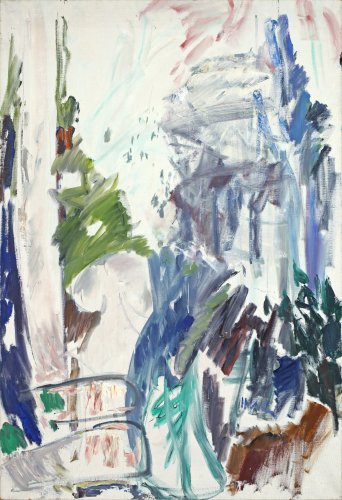 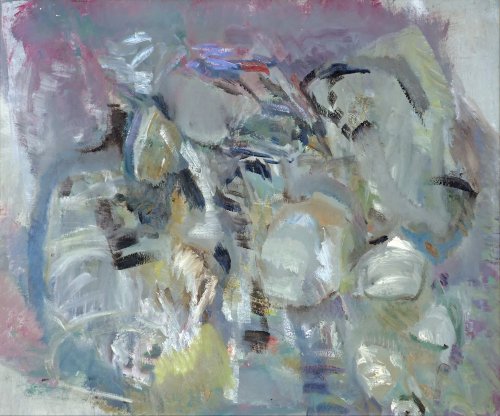 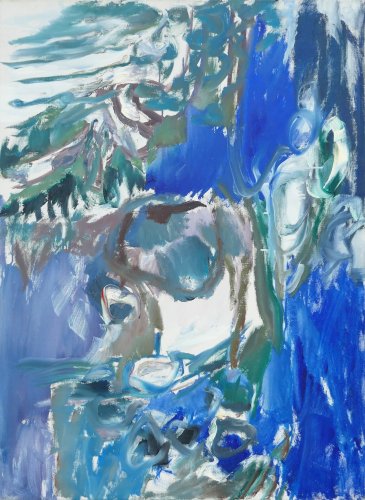 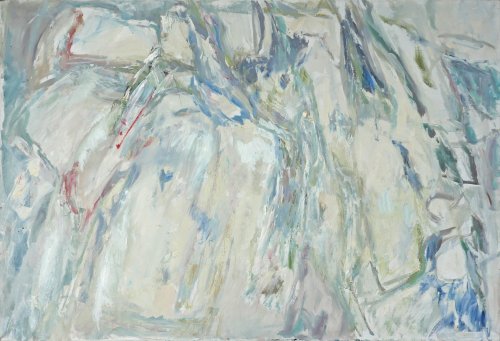 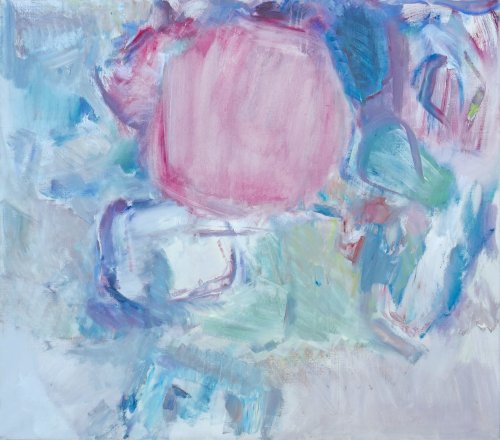 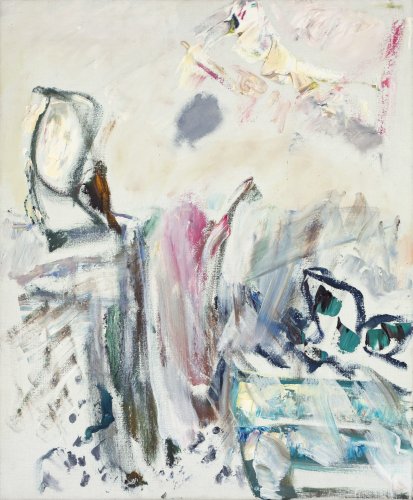 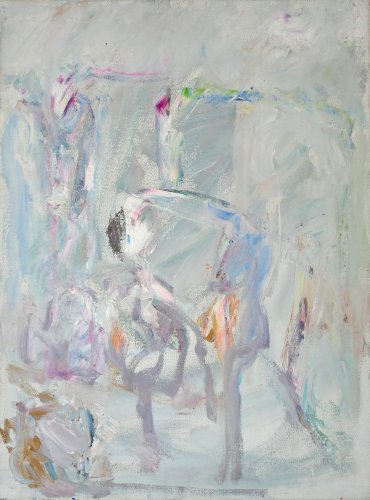 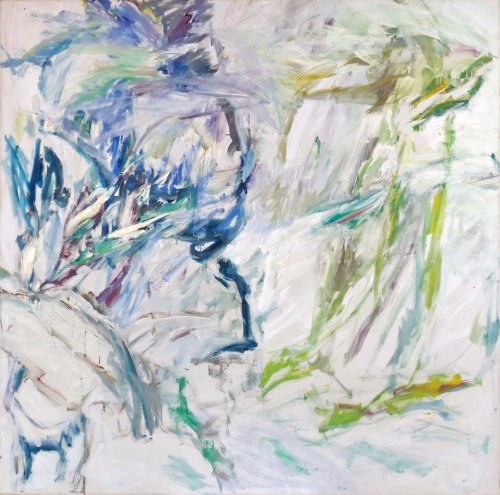 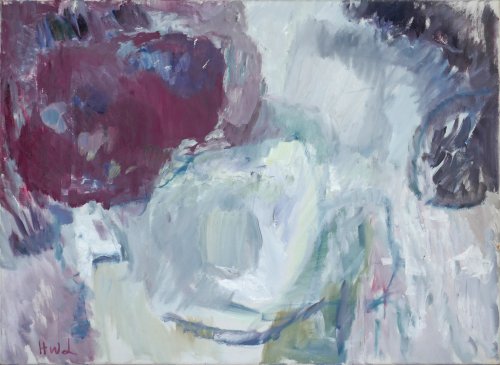